The News Highlights the Importance of IOS Updates

There was a published security report this week that highlights the importance of updating your IOS or iPadOS software regularly.

It was reported that millions of devices including a couple models of iPhones were vulnerable to snooping as some data could be sent unencrypted.  But with the report, Apple immediately confirmed that the issue was resolved with a software update last October.  This was long before the vulnerability was publicly known.

Lesson:  Keep your device up to date to keep our devices secure. 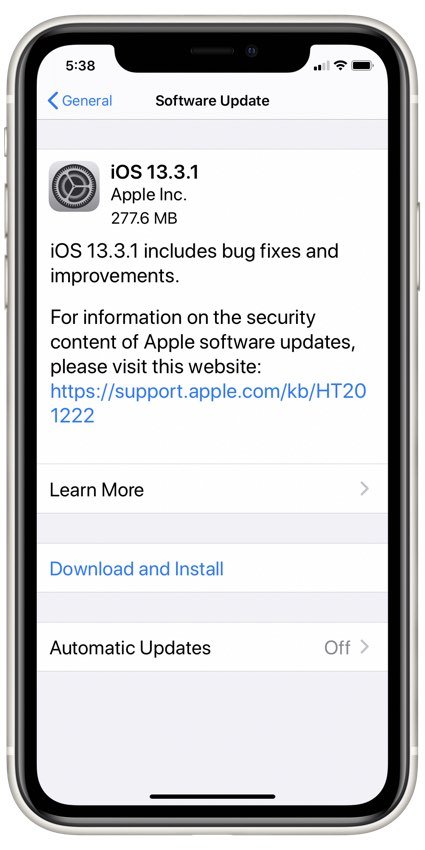