IOS 14.0.1 is recommended for iPhones 6s and later.  (Check Compatibility)

IOS 14 is a major update to the iPhone device.  The initial release was available on September 16.  On September 24, Apple released a bug fix as IOS 14.0.1.  This version is recommended.  Our Senior Tech recommendation comes early.  The marketplace is loving this release.

Here is a partial list of some of the new capabilities found in IOS 14 that we like: 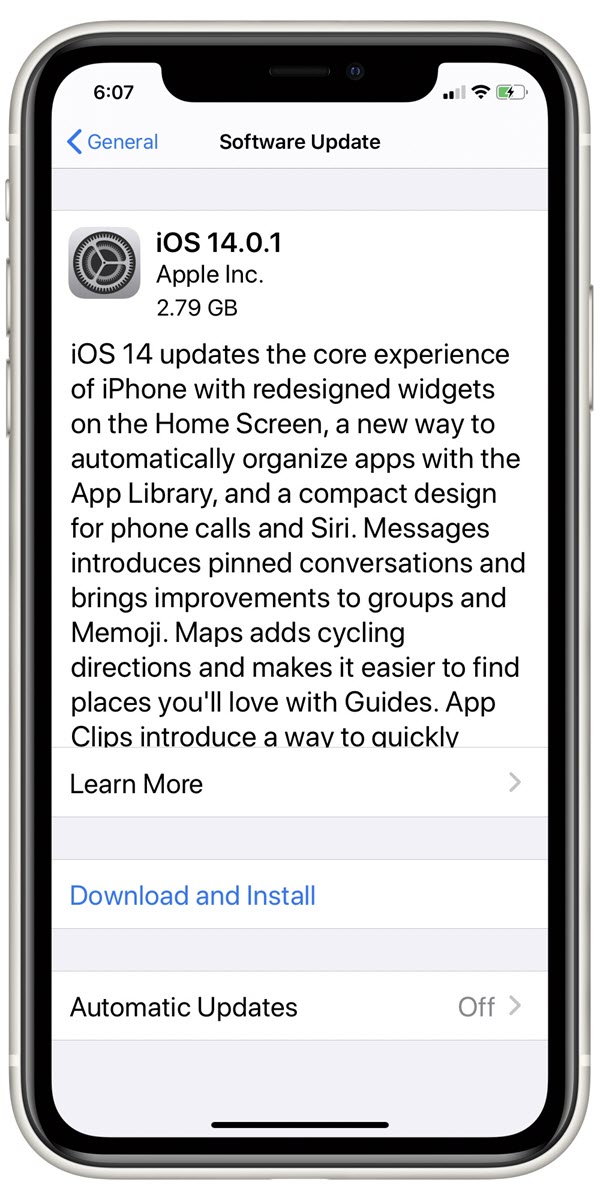