IOS 14.5.1 is recommended for iPhones 6s and later.  (Check Compatibility)

IOS 14 was a major update to the iPhone device and additional functions continue to added to the version since it was released in September 2020.

This version is recommended by the Senior Tech Club.

The most significant change to 14.5.01 is the addition of App Tracking Transparency.  This is a new privacy requirement where app developers must ask you for permission before tracking your activity outside of its own app.  Previously, there were apps that would track your iPhone activity for the purpose of advertising.  With this release, you will discover prompts where apps must ask for your permission to track your activity.

See Apple’s IOS Announcement site for more details about each version since IOS 14. 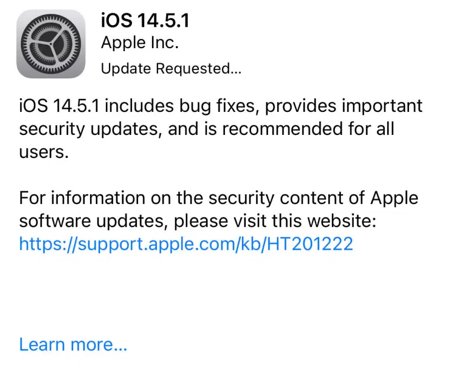 Free Access
Most Senior Tech Club programs during the COVID-19 pandemic are FREE.