IOS 14.6 is recommended for iPhones 6s and later.  (Check Compatibility)

IOS 14 was a major update to the iPhone device and additional functions continue to added to the version since it was released in September 2020.

This version is recommended by the Senior Tech Club.

The the primary feature changes to IOS 14.6 involved the use and sharing of the Apple Card credit card system.  Another change is support for paid/subscription podcasts in the Podcasts app.

As is common in many updates, there are also a series of bug fixes to address app and security issues.  The primary reason to update to version 14.6 for our community is to get these fixes

See Apple’s IOS Announcement site for more details about this and previous updates to IOS 14. 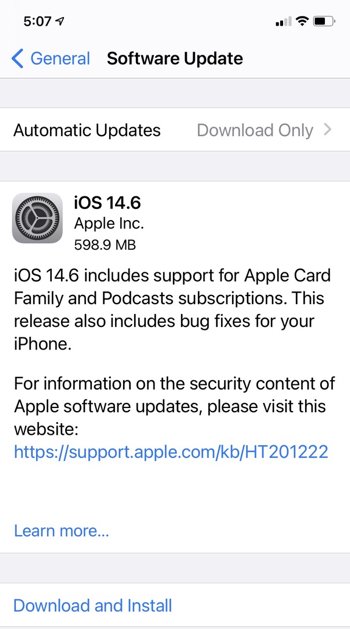