My iPhone is misbehaving! How do I Force Restart my iPhone 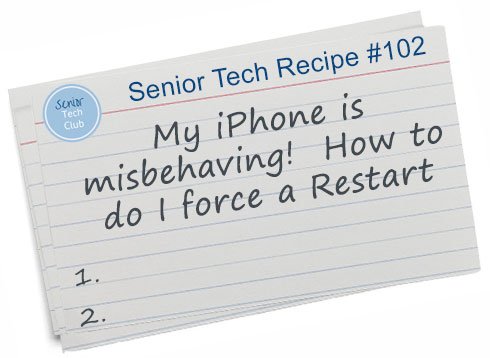 Almost every computer ever created will require an occasional restart.  It just fixes problems and should be one of the first steps you perform if you iPhone is behaving poorly and not responding as expected.

In Senior Tech Recipe #100 we taught you the standard shutdown process.  However, if your iPhone is frozen and misbehaving badly, you may need to do a Forced Restart.

My iPhone is misbehaving! How do I Force Restart my iPhone

There are two approaches for restarting your iPhone, a normal restart and a forced restart.

If you iPhone needs a restart attempt a Normal Restart first.  This is the process that is described in Senior Tech Recipe #100 and is the restart that is started by pressing and holding the Sleep/Wake button. 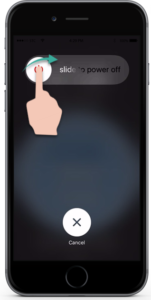 Press and hold the Sleep/Wake to launch a normal restart

How to force restart

If you iPhone is frozen and not responding, you can force a restart.

There are two different approaches depending on the iPhone that you have.

Phone 7 or iPhone 7 Plus and later

Press and hold both the Sleep/Wake and Volume Down buttons for at least ten seconds, until you see the Apple logo. 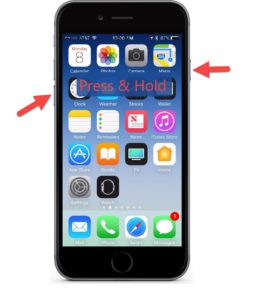 Press and hold both the Sleep/Wake and Home buttons for at least ten seconds, until you see the Apple logo. 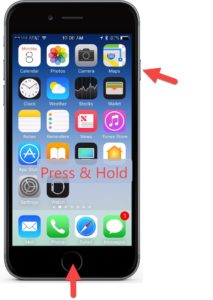 Do I need to shutdown my iPhone at night?  – NO.

Shutting down your iPhone does not need to be part of your regular habit with the iPhone.

How often to I need to restart my iPhone?  – Not often.

In normal use of your phone, where you carry your iPhone and plug it in for charging regularly, the phone does not need to be restarted often.  Some experts propose that a weekly restart keeps your phone clear of crud.  Regardless,  if your iPhone misbehaves or is unresponsive, a restart often clears the  issues that are happening with your phone.

Use the following questions to determine if you need to read or study this recipe.  You might already have an understanding of this topic.

Following your study, answer the same questions to help you check your understanding of the skills taught in this lesson.

The Senior Tech Club recommends the following additional resources for members that wish to pursue additional and/or advanced information on this recipe.

Important – Before you go….

Your feedback is priceless.  Please rate this recipe on two qualities:

Important!  When you rate, we will also record that you have completed this recipe.

Instruction:  Tap the star 1 – 5 to indicate your rating and tap Submit Rating to record to your record.

Here you can create the content that will be used within the module. 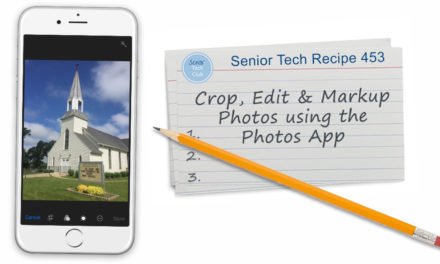 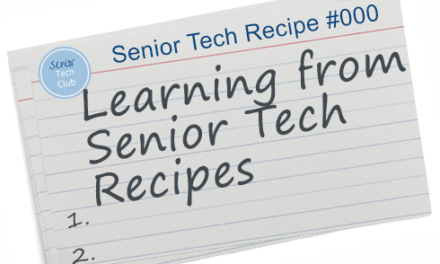 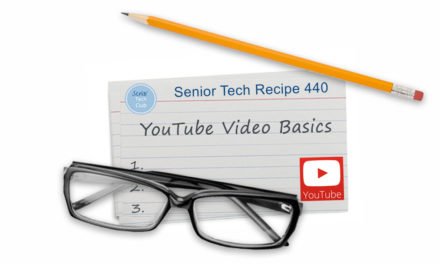 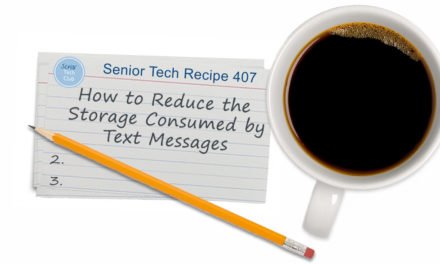 How to Reduce the Storage Consumed by Text Messages