How to Perform an IOS Software Update 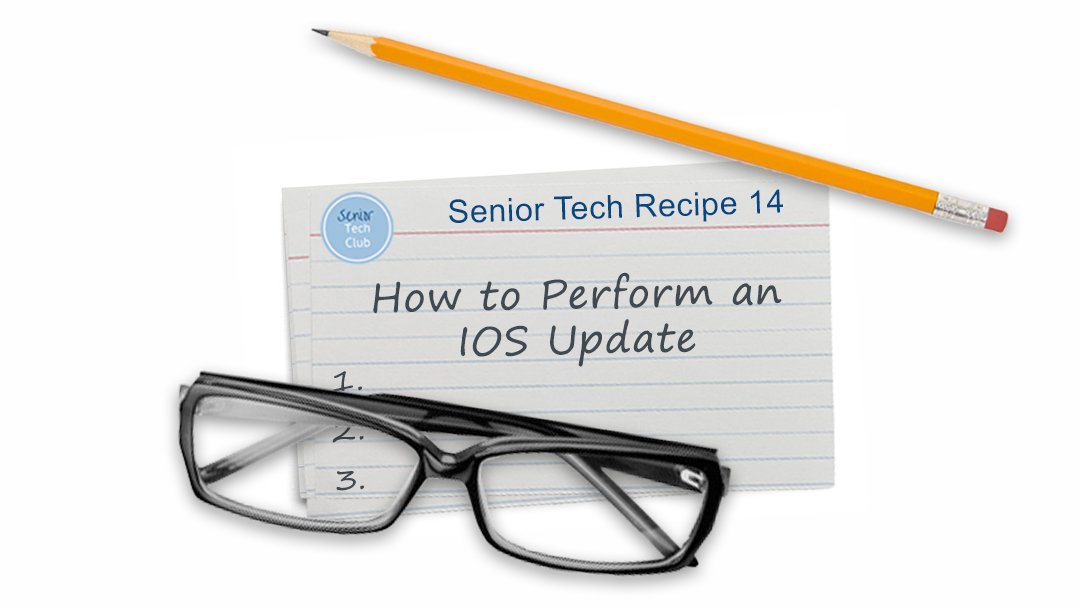 This recipe identifies the basic steps to an update and provides a checklist of steps that will aide the process.

What is IOS and why is it updated?

In the beginning IOS stood for iPhone Operating System but it is now software that is essentially shared between iPhones, iPad, and iPod.  IOS provides the core phone functions and the built-in apps like email, camera, maps and more.  It is the software that runs your device.

Today in 2021, newer devices are running IOS version 14.   If you are running a device purchased in the last few years you may be able to update your IOS software.  If you have an older device, e.g. iPhone 5, you may find that you can no longer update your software.  Unfortunately, this is a computer and software fact of life.  Sorry.

Apple updates IOS regularly in order to provide more functions, improvements and fix security flaws. Updates will bring changes.  It may force us to learn new commands and process.  But unquestionably, it’s a good thing.  Every software program ever developed has bugs.  It’s a fact of life and we should appreciate that Apple wants to fix and improve.

A classic example of the need for improvement and fixes was the very first Apple Maps app that came with IOS 6.  It  was ridiculed for its faults even in the national news and late night comedy routines.  It would provide poor directions and there were hundreds examples of misidentified landmarks and location.  But after a few updates, it improved and today has surpassed many competing alternatives.

So should you update your IOS?

It is certainly not mandatory but generally a good idea. It is the recommendation of the Senior Tech Club that you don’t need to be the first to update your software with the release of a new version.  Often waiting a month or two after the release of a new update is a good idea as it is common to see quick fixes in that first period.

How do you know that an update is available?

Your iPhone’s Settings app will inform you with a badge indicating that an update is available.

Your can also learn your update status and other details about the update in Settings.  Tap Settings > General > Software Update. 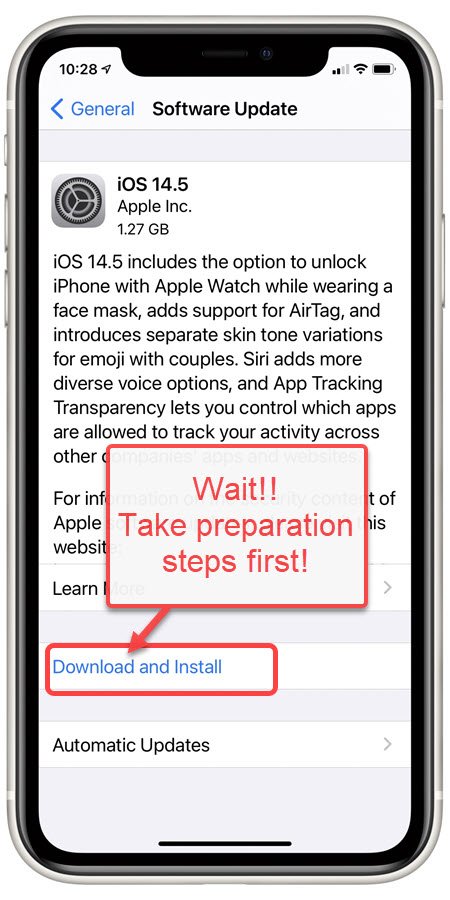 Although the software update process is reliable and safe, before you tap Download and Install, there are a few steps you should follow to ensure a successful update.

Steps for a Successful Backup

Consider that there are four items that will ensure a successful update, 1) time, 2) power, 3) WiFi and 4) backup.

The process may be different for older versions of IOS.   No problem. Take your time, have a backup, plug in and follow the instructions. Know that thousands of other users have already performed this process and you will be successful.

The update process is safe and reliable.  However, don’t update on a whim.  Plan the process and take the steps recommended above.  Sure you can perform an update without a backup but isn’t having a backup of your phone’s data the right thing to have at anytime.

If there’s not enough space to update

If there isn’t enough space to perform an update, your device will try to make space. It will remove parts of apps that it can download again. This makes space without having to remove or relocate any of your content.

Optionally, you can manually remove unneeded apps and content to make enough room. This topic was explored in Senior Tech Recipe #123 – How to manage storage on the iphone.

After the update is completed, expect to see improvements and changes.  This is a fact of life and despite the pain of having to learn new commands and processes, is a good thing.  Look to the Senior Tech Club to help you understand and navigate these changes.

Apple Support – Update your iPhone, iPad, or iPod touch (Includes instruction on how to update using iTunes if you can’t do WiFi)

Apple Support – If you can‘t update or restore your iPhone, iPad, or iPod touch (What to do if something goes wrong)

iMore.com – How to download and install iOS 11.x.x on your iPhone or iPad