What Version of IOS am I running? 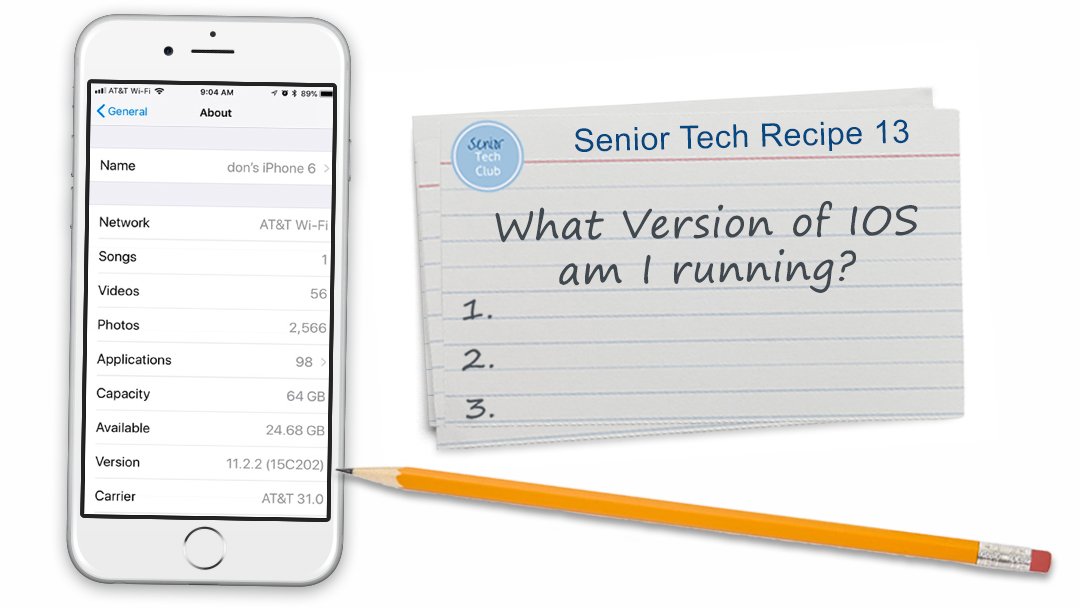 If you want to take advantage of the latest iPhone or iPad features, you may need to know what version of IOS you are running.  This recipe will show you how to identify the IOS version your device is running.

What is IOS and Why Does the Version Matter?

IOS is the Apple software that runs the iPhone and iPad.

In the beginning IOS stood for iPhone Operating System but it is now software that is shared between iPhones, iPad, and iPod.  IOS provides the core phone functions and the built-in apps like email, camera, maps and more.  It is the software that runs your device.

Apple updates IOS regularly in order to provide more functions, improvements and fix security flaws. Updates will bring changes.  Sometimes those changes force us to learn new commands and process.  But generally updates are a good thing.  Every software program ever developed has bugs.  It’s a fact of life and we should appreciate that Apple wants to fix and improve.

What Version of IOS am I running?

If you want to take advantage of the latest and greatest features of your device, you may need to know your IOS version.

Here how to determine the version of IOS on your device.  Tap Settings, General, and About.  The following screen shows the version.

The first number that you see (likely 12, 13 or 14) is the primary version number.  The numbers following the periods represent subsequent updates to the software.

How to I update  IOS?

In order to get the latest and greatest features you may need to update your IOS.  Please refer to Senior Tech Recipe #14 How to Perform an IOS Software Update.

Wikipedia – IOS Version History – a comprehensive list of all of the versions of IOS, dates and essential improvements.

Other Senior Tech Club Recipes and Nuggets on IOS: